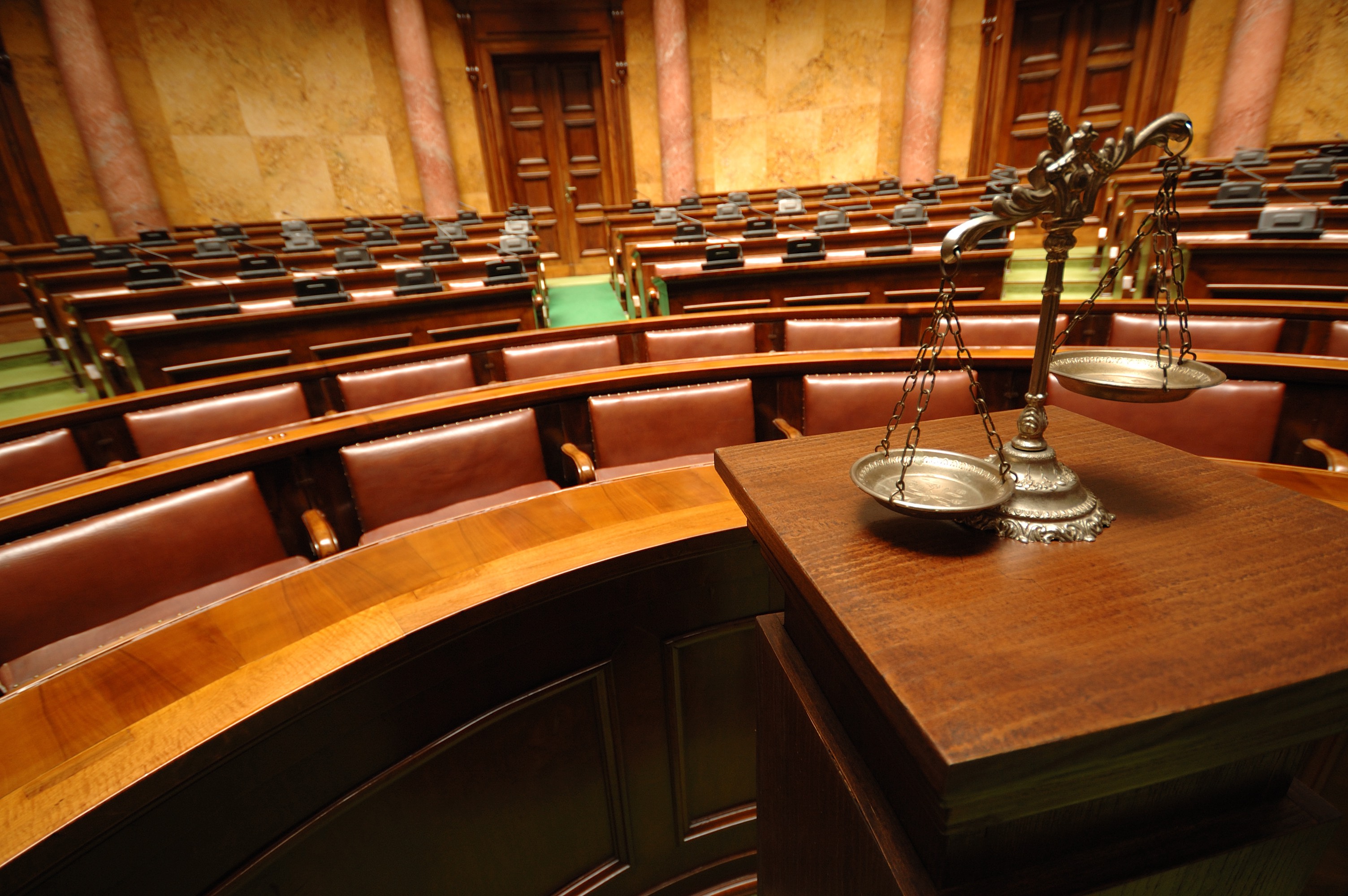 Federal Court. Secretary gave IAA prejudicial material that was irrelevant to the criteria in question. High Court (HCA) had held that a fair-minded lay observer might have apprehended that the IAA might have made a decision otherwise that on the proper merits of the case and remitted the matter to the IAA for reconsideration according to law. The Secretary then provided the HCA's decision to the IAA, differently constituted. As the HCA's decision contained a summary of the prejudicial material, did the giving of that decision to the second IAA give rise to apprehended bias?

The Secretary provided the Immigration Assessment Authority (IAA) with prejudicial material that was irrelevant to the criteria to be assessed by the IAA. On appeal, the High Court (HCA) held that the prejudicial material was such that a fair-minded lay observer properly might have apprehended that the IAA might have made a decision otherwise that on the proper merits of the case and remitted the matter to the IAA for reconsideration according to law.

On remit, the IAA (differently constituted) wrote to the appellant as follows before making a decision:

The IAA has received the material referred by the Secretary under s.473CB of the Migration Act 1958 (the Act) (the review material). This includes a copy of the High Court decision [citation of the decision]. This decision contains references to, and general descriptions of, 48 pages of information that the Secretary provided the IAA in 2017 (see [33]-[37], [81], [111] and [119]-[124]). Those documents have not been provided to the IAA with the review material in the present matter and are not before the IAA.

This information does not appear on its face to be relevant to the review. However, if you wish to do so you are invited to comment on the information referred to in the Court’s decision.

In response to a letter in reply querying the relevance of the High Court decision, the IAA wrote again to the appellant as follows:

Having regard to the High Court’s observations at [101]-[103], [124] and [141], the IAA is providing opportunity to comment on this approach. Please provide any response, including confirming if you do not wish to comment further, by 24 January 2020.

The appellant’s lawyers responded as follows:

5. Any attempt to neutralise the risk of bias by affording [the appellant] an opportunity to comment on the prejudicial material, will not necessarily erase the risk of subconscious prejudice: see Minister for Immigration and Border Protection v AMA16 [2017] FCAFC 136 per Griffiths J at [75].

6. In light of the above, [the appellant] requests that the matter be reconstituted to a different reviewer, without a copy of the prejudicial material.

The IAA affirmed the original decision again, finding as follows:

4. I have considered the material given by the Secretary under s.473CB of the Migration Act 1958 (the Act) (the review material), subject to the following.

5. The [appellant]’s SHEV application and the delegate’s decision refer to the [appellant] being charged with offences relating to an incident while he was in immigration detention. The High Court’s decision in respect of the first IAA decision states that there was certain additional information in the material provided to the IAA in 2017 that, in the Court’s view, was not relevant to the review. As foreshadowed by the Court, that information is not included in the review material that is now before me, nor is it referred to in the [appellant]’s submissions to the IAA (considered further below). However, it is described and summarised in the Court’s decision, which is in the review material. On 15 January 2020, the IAA wrote to the [appellant] (via his agent) advising [that it had received a copy of [the High Court's decision] from the Secretary, that the information referred to in the decision did not appear to be relevant to the review, and providing the appellant with an opportunity to comment on the information].

8. I have taken the [appellant]’s response into account; however the Secretary did not provide the “prejudicial material” that was provided to the first Reviewer, but only the High Court decision itself, which is before me in any event, as the judgment remitting this matter to the IAA. To the extent that the High Court decision refers to the prejudicial material, it is in the context of general descriptions and is not the actual material itself. For clarity I confirm that although I am aware that the [appellant] has been charged with offences while in immigration detention, the offences (as he disclosed in the SHEV application) are irrelevant to the [appellant]’s credibility, his claims for protection and my assessment. I have not found it necessary to further consider this issue. In making my assessment, I have disregarded the information in those parts of the High Court’s judgment which summarise and describe the irrelevant information given to the IAA in 2017.

The Federal Circuit Court dismissed a judicial review application of the second IAA decision, after which the appellant appealed to the Federal Court (FCA) on the following ground:

The primary judge erred in finding that the [IAA] statement that it would not consider the prejudicial but irrelevant material that was before it was sufficient to assuage the risk that a reasonable observer might apprehend that the IAA’s decision might be affected by subconscious bias in respect of that material.

Question 1: Can it be said that "the question of apprehended bias is to be resolved by reference to all relevant circumstances as they exist at the time the question is answered"?

Question 2: If the answer to Question 1 is 'yes', can it be said that, as the question here is being answered after the second IAA decision, "the decision and the reasons for it are part of the relevant circumstances required to be considered"?

Question 3: Can it be said that "the issue of apprehended bias can (and, indeed, should) be raised as soon as the apprehension is alleged to arise"?

Question 4: Can it be said that "the test for apprehended bias (the “double might” test) does not depend on the apprehension being realised in the reasons (as this would involve actual bias)"?

Question 5: Can it be said that "any disavowal of the existence or effect of actual bias in the terms of a decision, or the reasons for the decision, cannot be relevant"?

Question 6: Can a statement by a decision-maker that "this irrelevant material has had no subconscious effect on my decision" be relevant?

Question 7: Is a statement by a decision-maker that "I have disregarded this irrelevant material" irrelevant to the question of apprehended bias?

Question 9: Can it be said that "it is not an answer to the allegation of apprehended bias that the fair-minded lay observer can be taken to have understood that members of the IAA would be familiar with judgments concerning the validity of the IAA’s decisions", as "the fair-minded lay observer also would have understood that such familiarity would not have informed the IAA that the person the subject of the second IAA decision was the same person as the subject of the High Court’s decision" concerning the appellant?

Question 10: Can it be said that, "where a court makes an order setting aside a decision as unlawful, it is necessary that the decision-maker, on making the decision again, should comply with the law as determined by the court"?

Question 11: If the answer to Question 10 is 'yes', does it necessarily follow that "the fair-minded lay observer would be taken to understand that, in the ordinary course, it would be proper for the Secretary to consider that a judgment identifying illegality in a previous decision by the IAA about a person was relevant to the review in order to ensure that the IAA, in making the decision again, did not make the same error"?

Question 12: If the answer to Question 11 is 'yes', does it mean that "that the provision of a judgment by the Secretary to the IAA for the purpose of a review can never give rise to a reasonable apprehension of bias where the judgment contains irrelevant and prejudicial material about the person the subject of the decision"?

Question 13: Would fair-minded lay observer "be attributed with knowledge that while it was not necessary for the Secretary to give the IAA a copy of [the High Court's decision], the Secretary might do so on the basis that the IAA should be given a copy of any judgment potentially relevant to the IAA performing its functions", even if "the judgment concerned what could not be done with respect to the appellant without vitiating any decision of the IAA on the ground of a reasonable apprehension of bias"?

Question 14: Can it be said that "the giving of notice by the IAA of receipt of the High Court judgment and provision to the appellant of an opportunity to comment are immaterial to the question whether there is a reasonable apprehension of bias"?