Home Case Law Updates Obligation to choose whether to assess non-refoulement claim which clearly arose from... 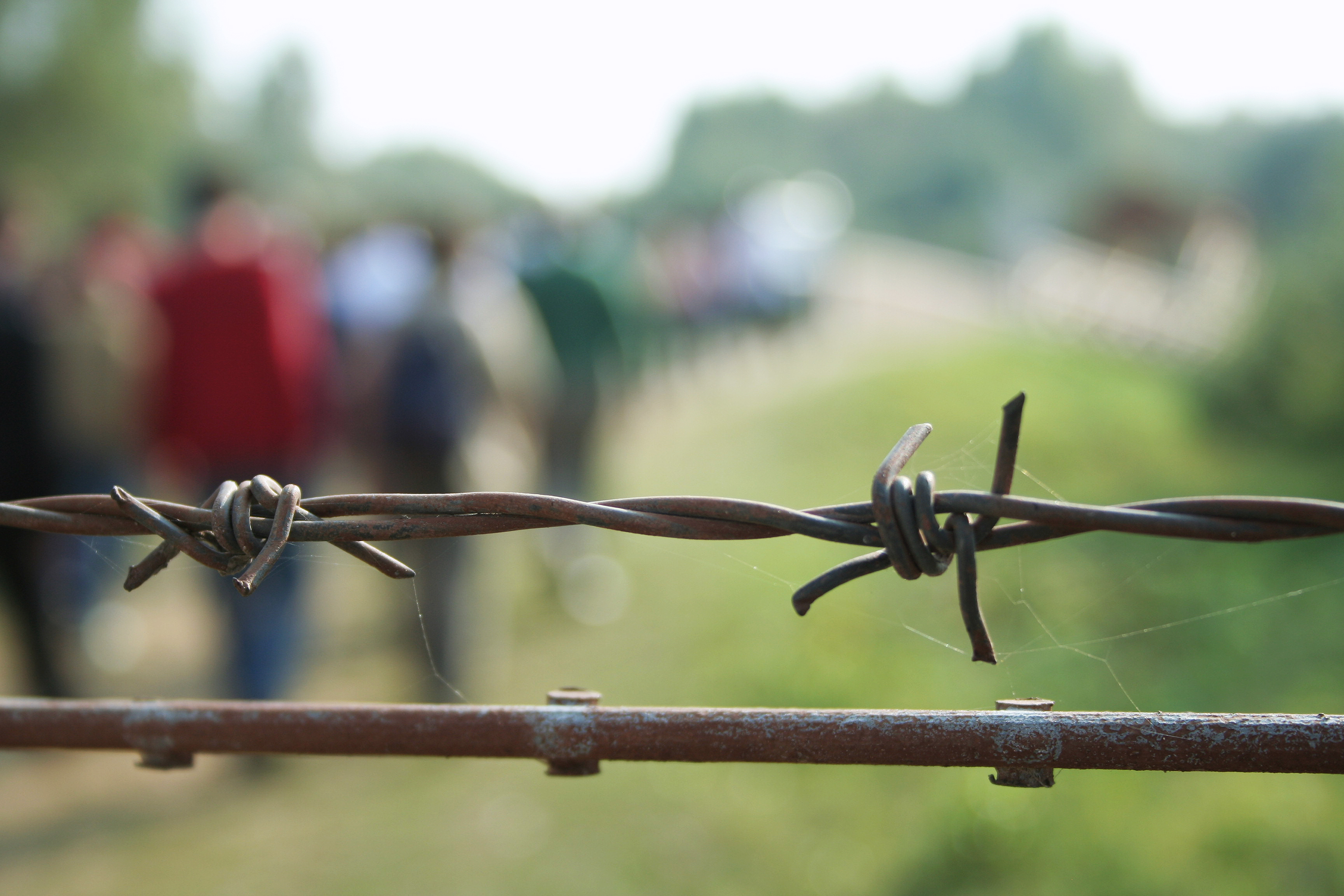 Federal Court. "Para 14.1(3) of Direction 79 stated that claims which may give rise to international non-refoulement obligations can be raised by a former visa holder in a revocation request "or can be clear from the facts of the case". Did Direction 79 impose an obligation on the AAT to recognise and understand that a non-refoulement claim which, if accepted, would satisfy s 36 of Act, arose so as to evaluate whether to defer an assessment of the claim to a visa application process, instead of treating itself as obliged to defer that assessment? If so, did that obligation include such a claim that clearly or squarely arose from the material?

The Full Court of the Federal Court (FCAFC) said as follows:

83    The ground alleges jurisdictional error by the Tribunal in the following terms:

(a)    The [Tribunal] considered whether the [appellant’s] removal to Sudan or South Sudan would likely be a breach of Australia’s non-refoulement obligations.

(c)    The [Tribunal] found the appellant’s claim would fail under the Refugees Convention as the appellant had not identified a convention reason for the risk of harm in Sudan.

(d)    A claim clearly emerged from the material that the [appellant] would be at risk of harm from violence for reason of his race or particular social group as a member of the Dinka tribe in South Sudan or Sudan:

(i)    The evidence before the Tribunal indicated the [applicant] is of Dinka ethnicity.

(ii)    The South Sudan Report clearly indicated that the most significant determinant of a person’s risk of violence is ethnicity, and members of the Dinka tribe were at particular risk.

(iii)    The Sudan Report indicated inter-tribal violence in Sudan is common and identified reports that the Ngok-Dinka were an at-risk ethnic group.

(e)    The Tribunal fell into jurisdictional error by failing to consider if the [appellant] faced a real chance of serious harm for reason of his race or particular social group being a Dinka in South Sudan or Sudan.

As can be seen, only the claims concerning South Sudan in this ground are pressed. The claims relating to Sudan were struck outduring the hearing.

84    In its terms, the ground refers to distinct “claims” expressly advanced or otherwise arising on the materials, only one of which the Tribunal is said to have failed to consider. Particulars (a) to (c) summarise the Tribunal’s conclusions in respect of the issues that itrecognised arose on the materials before it. They included the appellant’s express claim to fear harm if returned to his country of nationality because of his father’s former role in the military (hereafter the Military claim) and the risk that he may be harmed in more generalised violence in South Sudan. The Tribunal understood, evaluated and rejected each of those claims and there is no challenge to its reasoning in respect of them.

85    By particulars (d) and (e), the appellant contends that the Tribunal overlooked a reason for revocation that was not expressly made but that nonetheless clearly arose on the material before it. That reason was that he had a well-founded fear of persecution in South Sudan on account of his Dinka ethnicity. We will refer to that as the Ethnicity claim.

Question 1: In determining whether to exercise the discretion to grant an extension of time within which to appeal from a decision of the Federal Court, is the purpose of the discretion to enable the Court to do justice between the parties?

Question 2: If the answer to Question 1 is 'yes', will justice normally be done by extending the time where the delay is short and no injustice will be occasioned to the respondent?

Question 3: If the answer to Question 2 is 'yes', is that especially so "if the applicant is in immigration detention, requires the assistance of an interpreter, and has limited knowledge of law and practice including the time for any appeal"?

Question 4: If the answer to Question 1 is 'yes', where an applicant is an asylum seeker, may the gravity of the circumstances that may confront the time extension applicant be a reason for not applying the time rule too strictly?

Question 5: Is the FCAFC's power to obtain fresh evidence on appeal pursuant to s 27 of the Federal Court of Australia Act 1976 (Cth) "limited to “fresh” evidence, that is to say, evidence of which an appellant was unaware at the time of the original hearing and with reasonable diligence could not then have been obtained"?

Question 6: Is it an important consideration in determining whether the discretion to obtain fresh evidence on appeal "whether, if the further evidence had been available at the trial, it would have produced, or at least would be likely to have produced, a different result"?

Question 7: Section 37M(3) [of the Federal Court of Australia Act 1976 (Cth)] imposes an obligation on the Court to exercise any such power in the way that best promotes the overarching purposes of those provisions. That purpose is described in s 37M(1) as the facilitation of the just determination of disputes as quickly, efficiently and inexpensively as possible". Is s 37M relevant to the determination of whether the discretion to obtain fresh evidence on appeal?

Question 8: Section 36(2)(a) of the Migration Act 1958 (Cth) provided that a criterion for a protection visa is that the applicant for the visa is "a non-citizen in Australia in respect of whom the Minister is satisfied Australia has protection obligations because the person is a refugee". Is the word “because” in s 36(2)(a) "confining in the sense that the decision-maker is not directed to the terms of the international instruments, but to the provisions of the Act as defining the facts and circumstances in which “protection obligations” are owed"?

Question 9: If the answer to Question 8 is 'yes', does it necessarily follows that, "whether the visa applicant might otherwise [than under s 36 of the Migration Act 1958 (Cth)] be a person in respect of whom Australia owes obligations under international law is an issue that does not and cannot arise in the exercise of the power conferred under s 65"?

Question 10: Did the High Court in Plaintiff M1/2021 v Minister for Home Affairs [2022] HCA 17; 96 ALJR 497 explain how the proposition that the Migration Act 1958 (Cth) "reflects Australia’s interpretation" of the obligations arising under the instruments referred to in para 14.1(1) of Directions 65 may be reconciled with the previous iteration of s 197C of the Act which unequivocally mandated their breach?

Question 11: Was the government’s stated policy under paras 14.1(2) and (6) of Direction 79 necessarily inconsistent with ss 197C (which at the time simply required non-refoulement obligations not to be taken into account for the purpose of s 198) and s 198 of the Migration Act 1958 (Cth)?

Question 12: "In NABE v Minister for Immigration and Multicultural and Indigenous Affairs (No 2) (2004) 144 FCR 1 the Full Court held that a tribunal is required to consider claims which, although not expressly made, “clearly arise” and are raised “squarely” on the face of the material before it". Is a "claim in this context an assertion of fact made by an applicant?

Question 13: Although there is no precise standard for determining whether or not a claim "clearly emerge" from the material, can it be said that "a Court may be more willing to draw the line in favour of an unrepresented party"?

Question 14: "Para 14.1(3) of Direction 79 stated that claims which may give rise to international non-refoulement obligations can be raised by a former visa holder in a revocation request "or can be clear from the facts of the case". Did Direction 79 impose an obligation on the Tribunal to recognise and understand that a non-refoulement claim which, if accepted, would satisfy s 36 of the Migration Act 1958 (Cth), arose so as to evaluate whether to defer an assessment of the claim to a visa application process, instead of treating itself as obliged to defer that assessment? In other words, was the Tribunal required to at least consider whether or not to defer consideration of that claim?

Question 15: If the answer to Question 14 is 'yes', did that obligation include such a claim that clearly or squarely arose from the material?

Question 16: Was it not appropriate to infer that the Tribunal made findings or drew conclusions not mentioned in its written reasons, especially "in circumstances where the Tribunal did include in its reasons an assessment of at least two other bases upon which Australia’s non-refoulement obligations might have been enlivened"?

Question 17: For the purpose of assessing materiality, was it "relevant that the Tribunal was not precluded from taking into account the various obstacles to the appellant in obtaining a protection visa even if he fulfilled the refugee criterion, including (most obviously) the Minister’s power to refuse to grant a protection visa on character grounds under s 501(1)"?