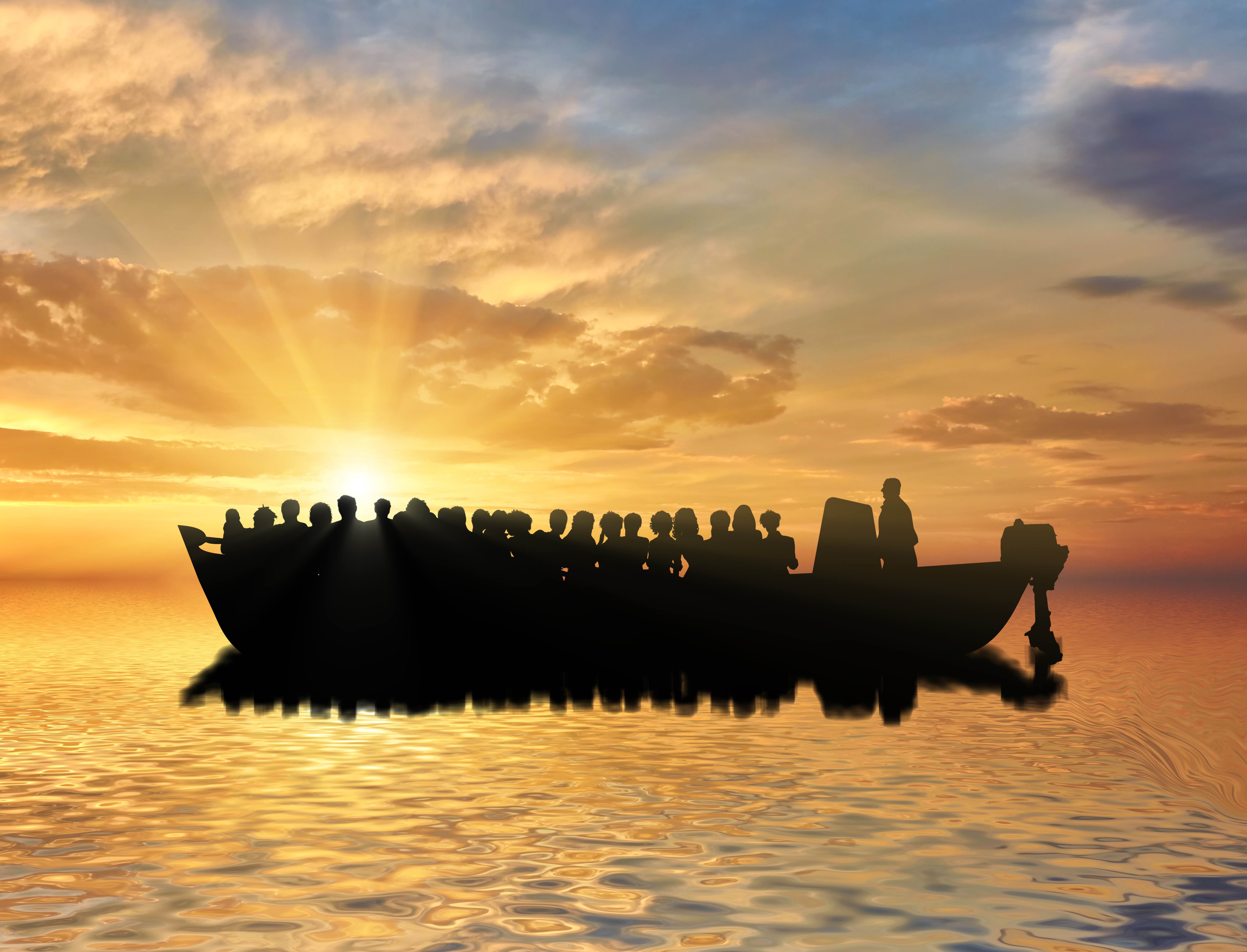 Federal Court. Was the Applicant "entitled to have his claims for protection in respect of Nauru determined and, if found to be well founded, not to be refouled to Nauru", in light of the omission in s 197C of the Migration Act 1958 (Cth) to a reference to s 198AD, despite the Minister's power to take him to Nauru pursuant to s 198AD and despite the fact that the Migration Act does not provide a statutory mechanism to determine such a claim?

The Applicant was, as defined in the Migration Act 1958 (Cth), both an unlawful non-citizen and an unauthorised maritime arrival (UMA).

As a result of being a UMA, he was transferred to a regional processing centre (Nauru) pursuant to s 198AD(2). Upon arriving in Nauru, the Applicant advanced claims to be a refugee and to be entitled to protection against non-refoulement. The Secretary of the Department of Justice and Border Control in Nauru rejected his protection claims and the Nauru Refugee Status Review Tribunal affirmed that decision. The Supreme Court of Nauru (SCN) dismissed the Applicant’s appeal against the Tribunal decision.

In 2017, the High Court of Australia (HCA) allowed the Applicant's appeal from the SCN's decision and remitted the matter back to the SCN ordering it to reconsider the protection claims according to law. Despite several attempts by the Applicant and his legal representatives to have the SCN reconsider the matter and despite the HCA's order to that effect, the SCN took no steps to reconsider the matter, except for convening a hearing on 23 May 2019, when no SCN judge was in Nauru. Further, the Nauruan government did respond to the visa applications lodged by his Australian lawyers to appear at or attend that hearing in Nauru. In August 2019, the Secretary became the President of Nauru.

On the basis of the above facts concerning the determination (or lack thereof) of his protection claims in Nauru, the FCA accepted that the Applicant had a subjective fear of being returned to Nauru and that his fear was objectively well founded.

While in Victoria pursuant to 198B for receiving medical treatment in Australia and while kept in immigration detention pursuant to s 189(1), the Applicant filed a summons in the Supreme Court of Victoria (SCV) whereby the he applied for, inter alia, a writ of habeas corpus ad subjiciendum, seeking his release on the basis that his detention was unlawful, after which a judge of the SCV ordered that the Applicant’s proceedings be transferred to the FCA pursuant to s 5(1) of the Jurisdiction of Courts (Cross-vesting) Act 1987 (Vic). Notwithstanding his habeas corpus application, the Applicant wished to continue to be in Australia for the purpose of, and until, he received medical treatment from a specialist gastroenterologist.

The FCA said as follows:

19    In argument before Dixon J in the Supreme Court of Victoria the Applicant submitted that the matter ought not to be cross-vested to the FCA. He submitted that while the Supreme Court of Victoria had an undoubted jurisdiction to issue a writ of habeas corpus ad subjiciendum, by contrast the FCA, as a court possessed of only a statutory jurisdiction having regard to s 476A of the Migration Act, lacked jurisdiction to make an order in the nature of habeas corpus if initiated, as his had been, by a “bare” application for such relief.

20    Dixon J rejected that submission: MB v Minister for Immigration, Citizenship, Migrant Services and Multicultural Affairs [2021] VSC 68. His Honour concluded that it would be in the interests of justice that this matter be transferred to the FCA.

Question 1: Does the Supreme Court of Victoria, as a superior court of general jurisdiction, possess "an inherent jurisdiction permitting it to command the immediate release of any person within Victoria who is shown to be illegally detained"?

Question 2: Was it for the FCA to be satisfied of its own jurisdiction?

Question 3: Can a claim for false imprisonment otherwise within jurisdiction under s 39B(1A)(c) of the Federal Court of Australia Act 1976 (Cth) be characterised as being "in relation to a migration decision", thus excluding the FCA's jurisdiction to determine such a claim by reason of s 476A of the Migration Act 1958 (Cth)?

Question 4: Does the FCA have power, pursuant to s 23 of the Federal Court Act, to make an order in the nature of habeas corpus to compel the Applicant's immediate release, if the Applicant succeeds in establishing that his detention is presently unlawful?

Question 5: The FCA said: "This proceeding was commenced by summons in the Supreme Court of Victoria. In terms that summons seeks the issue of a writ of habeas corpus ad subjiciendum under r 57.02 of the Supreme Court (General Civil Procedure) Rules 2015 (Vic). There has been no application to amend". Can it be said that no amendment was required to the summons, on the basis that the substantive nature of the relief sought in the transferred proceeding was clearly identified and that, "notwithstanding the facial terms of the summons, the Applicant, having regard to his proceedings having been transferred to this Court, was seeking an order in the nature of habeas corpus commanding his immediate release from detention pursuant to s 23 of the Federal Court Act"?

Question 6: Was the burden of satisfying the FCA of the lawfulness of the Applicant’s detention upon the Minister and the Commonwealth?

Question 7: If the Respondents fail to establish a lawful premise for the Applicant’s detention, does relief generally issues as of right?

Question 9: If the answer to Question 8 is "yes", was the Applicant’s detention unlawful unless, at the time of the FCA's decision, his detention "can properly be characterised as being for the purpose of securing him to be available to be taken to a regional processing country"?

Question 10: Was the Applicant "entitled to have his claims for protection in respect of Nauru determined and, if found to be well founded, not to be refouled to Nauru", in light of the omission in s 197C of the Migration Act 1958 (Cth) to a reference to s 198AD, despite the Minister's power to take him to Nauru pursuant to s 198AD and despite the fact that the Migration Act does not provide a statutory mechanism to determine such a claim?

Question 11: Is the purpose of immigration detention to be assessed objectively by reference to all of the circumstances?

Question 12: As the Applicant remained in need of medical treatment for his gastrointestinal issues at the time of the FCA's decision, did the temporary purpose for which he was brought to Australia remain to be satisfied, objectively, at that time?

Question 13: Was the purpose for which the Applicant was detained to be assessed objectively?

Question 14: Can it be said that "the duty to remove is only triggered after the temporary purpose is complete or when a request to remove has been made"?

Question 15: If the answer to Question 14 is "yes", can it be said that, "so long as that duty ... remains in suspension prior to “various preconditions [being] met”, the detention of a person in the position of the Applicant remains objectively for the purpose of securing his availability for later removal"?

Question 16: If the answer to Question 15 is "yes", does it follow that the lawfulness of the Applicant's detention was determined by asking whether the Applicant remained detained for the objectively determined purpose of securing his availability for later removal?